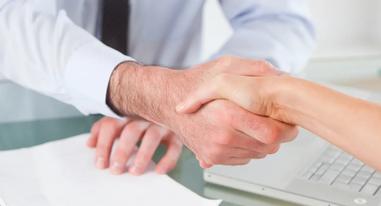 If you were sexually abused as a child by a priest, deacon or any other member of the Catholic Church, you are not alone.  We are here to help you.  Please fill out our confidential online contact form or call Toll Free 1-866-777-2557 and a Wyoming Sexual Abuse Lawyer will get back to you within 24 hours to discuss your possible case.   Help is available nationwide.  There is no cost to investigate and there are no legal fees unless you receive financial compensation.  Making the call is sometimes the hardest step, but it is often a necessary step on the road to healing.  Church Sexual Assault Lawyer Wyoming

Please call Toll Free 1-866-777-2557 or fill out our confidential contact form and a lawyer will get back to you within 24 hours to discuss your case.  Wyoming Church Sexual Assault Lawyer

In August 2018, Cheyenne, Wyoming Police reopened an investigation into allegations of sexual abuse against retired Bishop Joseph Hart, formerly of the Cheyenne Diocese.  Bishop Hart began his tenure at the Cheyenne Diocese as an Auxiliary Bishop in 1976 and was named the sixth Bishop of Cheyenne in 1978.  He remained in that position until his retirement in 2001.

The police did not name Bishop Hart in their announcement, but Bishop Steven Biegler of the Cheyenne Diocese previously issued a statement that the diocese had been made aware of allegations of the sexual abuse of two boys perpetrated by Bishop Hart.  The diocese reported the allegations to the police, which led to the reopening of the case.
Bishop Hart had previously been accused of sexual abuse while a priest in Missouri in the 1970s.  The accusations were reported to the diocese of Kansas City between 1989 and 1992, and, as a result of these accusations, Bishop Hart voluntarily submitted himself for evaluation at a treatment facility in Arizona.  The facility ultimately decided that Bishop Hart was not a threat to himself or others, and the allegations were not revealed to the public until 2002.  Bishop Hart denied these allegations.

Bishop Hart was accused in 2002 of sexual misconduct with a teenage boy in 1977 in Cheyenne, but the case was closed after police were not able to interview the victim a second time.  A civil lawsuit was filed in 2004 accusing Bishop Hart of sexually abusing three youths in Missouri, and in 2005, a fifth man filed a lawsuit accusing Bishop Hart of sexual abuse when the man was a boy in the 1970s.  A total of six sexual abuse cases against Bishop Hart were settled as a result of civil cases in Missouri and Wyoming.

The diocese of Cheyenne reopened the investigation into Bishop Hart’s history as a sexual abuser in 2017.  Since learning of the accusations against Bishop Hart, the current bishop of the diocese, Bishop Steven Biegler, has encouraged other victims to come forward.  Bishop Biegler believed the previous investigations had not been properly resolved, and, after hiring a private investigator to determine the credibility of the allegations, Bishop Biegler met with Bishop Hart to inform him that the allegations would be reported to the police.  After announcing the diocese’s reopening of the investigation, Bishop Biegler issued a statement to every parish in the state of Wyoming apologizing to all of the victims of sexual abuse.