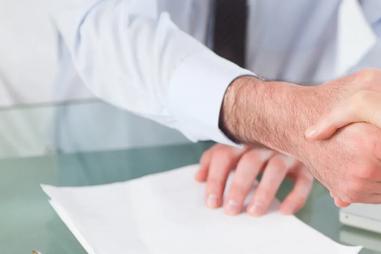 If you were sexually abused as a child by a priest, deacon or any other member of the Catholic Church, you are not alone.  We are here to help you.  Please fill out our confidential online contact form or call Toll Free 1-866-777-2557 and a Washington Sexual Abuse Lawyer will get back to you within 24 hours to discuss your possible case.   Help is available nationwide.  There is no cost to investigate and there are no legal fees unless you receive financial compensation.  Making the call is sometimes the hardest step, but it is often a necessary step on the road to healing.  Priest Sexual Abuse Lawyer Washington

Please call Toll Free 1-866-777-2557 or fill out our confidential contact form and a lawyer will get back to you within 24 hours to discuss your case.  Washington Priest Sexual Abuse Lawyer

In April of 2003, the Pontifical Academy for Life held a symposium at the Vatican entitled Abuse of Children and Young People by Catholic Priests and Religious.  The purpose of the conference was to scientifically examine the topic of sexual abuse, and eight non-Catholic experts were invited to present their findings.  According to bishops in attendance, the scientists at the conference presented the complex nature of the scandal and offered a variety of opinions that were currently accepted by science.  Members of the church who were involved in the treatment of priests were present at the conference, but their role was to listen and question the presentations of the experts.

One of the topics discussed was the policy of zero tolerance recently adopted by bishops in the United States.  Some experts, including Dr. Hans-Ludwig Kroeber of the Institute of Forensic Psychiatry in Berlin, criticized the policy because it intimated that rehabilitation was impossible.  Another expert, child psychologist Jorg Fegert, stated that the removing offending priests from their jobs and supervision could lead them to abuse again, and treatment was necessary as well as criminal penalties.

Another expert, Canadian psychologist Dr. Karl Hanson, suggested better screening procedures for priests including compiling a complete sexual history of applicants to the priesthood.  He added that the constant supervision during a priest’s time at seminary would offer an opportunity to discern risk factors.  Monsignor Charles Scicluna, a prosecutor for the church in abuse cases, attended the conference at the Vatican.  He welcomed the findings of the scientists and thought the church should admit to past mistakes.

Following the symposium, the Pontifical Academy for Life published a volume of findings from the conference titled Sexual Abuse and the Catholic Church: Scientific and Legal Perspectives.  This book was given to episcopal conferences worldwide and copies were given to journalists.  The vice president of the Pontifical Academy for Life, Bishop Elio Sgreccia, expressed the hopes that the conference and the publication would provide stimulation and support as the church dealt with the issue of sexual abuse.  After the release of the scientific reports, the Vatican agreed to take the findings into consideration as it worked to develop new guidelines for dealings with sexually abusive priests.  Victims’ groups condemned the study, primarily questioning the criticism of the United States’ bishops zero tolerance policy.  They felt that there had been insufficient time since the policy was enacted to determine whether or not it was effective.