If you were sexually abused as a child by a priest, deacon or any other member of the Catholic Church, you are not alone.  We are here to help you.  Please fill out our confidential online contact form or call Toll Free 1-866-777-2557 and a South Carolina Sexual Abuse Lawyer will get back to you within 24 hours to discuss your possible case.   Help is available nationwide.  There is no cost to investigate and there are no legal fees unless you receive financial compensation.  Making the call is sometimes the hardest step, but it is often a necessary step on the road to healing.  Catholic Church Sexual Abuse Lawyer South Carolina

Please call Toll Free 1-866-777-2557 or fill out our confidential contact form and a lawyer will get back to you within 24 hours to discuss your case.  South Carolina Catholic Church Sexual Abuse Lawyer

For victims of sexual abuse, financial compensation can be more than just a way to improve their quality of life and compensate them for missed work and other setbacks caused by lingering trauma. It can serve as a sign that those who are guilty are being made to bear responsibility for the pain they have caused.

Most survivors of child sexual abuse by Catholic clergy must initiate legal proceedings to have any hope of financial compensation. But some dioceses are taking a different approach. Recognizing the moral failing that was committed when Catholic clergy turned a blind eye to ongoing molestation, they have instituted Independent Reconciliation and Compensation Programs. These have been put in place by Brooklyn, Buffalo and others.
The buffalo IRCP’s website explains how it works:

Individuals who have made claims previous to March 1, 2018, can participate in this voluntary program which offers an opportunity for healing, justice and monetary settlements to individuals who have previously submitted complaints to the Diocese that they were sexually abused as a minor by clergy of the Diocese. This program will be administered by former New York State Supreme Court Justice Jerome Gorski and former New York State Surrogate Judge Barbara Howe. They are independent administrators who will be responsible for all decisions relating to the evaluation of individual claims and the amount of monetary compensation to be paid to an eligible claimant whose claim is accepted. The claimant will have 60 days to accept or reject the settlement. The Diocese does not have the authority to modify or reject any individual claim determination made by the administrators.

People who have been the victim of sexual abuse can submit a claim giving details of what happened. Typically, programs are administered by people who have expertise in settlement and compensation. The diocese of Brooklyn announced that “To further ensure public confidence in the IRCP, the Independent Oversight Committee has been established. Retired NYPD First Deputy Commissioner Joseph P. Dunne, retired New York State Supreme Court Justice Joseph G. Golia, and former president of the Queens Chapter of the American Psychiatric Association Dr. Barbara L. Ponieman have agreed to serve on this committee.”

https://dioceseofbrooklyn.org/independent_reconciliation_and_compensation_program/ The selection of people involved is intended to prevent decisions from being biased toward the church. The board then makes a compensation offer, which the applicant can accept or reject.  The diocese further announced that claims could be submitted regardless of when the abuse took place. This represents a difference from the legal process, since New York state statutes of limitations prevent people from initiating civil suits once they reach the age of 23.

Today, IRCPs are also up and running in the dioceses of Brooklyn (including Queens), Rockville Centre (Long Island), and Syracuse and Ogdensburg.

The standards of proof are not stringent; victims might back up their claim with records from therapy appointments. As of September 2018 the RHCPs had had their offers of compensation accepted by almost 1,000 people and paid out over $200 million.
These programs provide financial security to the church by limiting the amount they might have to pay. But for victims, there is one drawback. To accept the offer, they must sign an agreement never to sue. Sexual abuse survivors who have taken the church to court have received up to $6.8 million dollars per person (although an amount this high is rare). By agreeing to an RHCP offer, victims ensure they receive some compensation, but it may be limited compared to what they would receive in court. 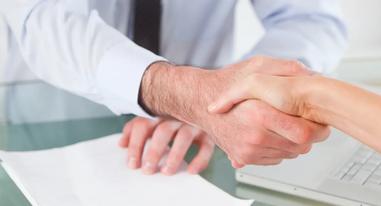